Zodiac signs as used in the Chinese zodiac calendar

The purpose of the Chinese Zodiac is not astrology, as some might think. It was used for actual year counting, in the old times. And, it is neither defunct nor limited astrology today. It is alive and still has an important function in Far Eastern societies. The zodiac calendar year is based on the lunar calendar and begins and ends with the lunar month. It has also in arts and crafts today. Frequently the year of a work of art is written as a cyclical year, which is based on the zodiac.

Origins of the Chinese Zodiac Calendar

The zodiac calendar is more commonly called "agriculture calendar" or "yellow calendar" by the Chinese. It is based on the lunar calendar, but also incorporates some elements of the solar calendar, like solstices, etc. The zodiac signs are represented by the zodiac animals to form a 12-year cycle. Unlike the 60 year cyclical calendar, this component of the Chinese calendar is still an important part of Chinese life.

The actual beginning of the Chinese zodiac calendar, or rather its predecessor, and the origin of the latter seems to be lost in the mist of time (and mythology).
One of the earliest known references in written form is from approximately 1500 years ago, possibly from the Northern and Southern Dynasties period. Apparently, at that time the zodiac years were already an integral part of year counting (year notation) used in Chinese society.

The names of the zodiac signs (animals) can vary a little from country to country. This is in part due to the limitations of the Chinese language, and in part to the local environment which favours certain animals over others, either for climatic and or cultural reasons. For example, some animals simply do not exist in the north, while others may be predominant in the north.

The twelve animal signs of the zodiac can be combined with the five elements, to form a 60-year cyclical calendar, which was historically used for recording events in ancient China, apart from the imperial calendar.
While the 60-year calendar notation (sexagenary cycle) is not in use anymore, the general population still frequently uses the Chinese zodiac years in the form of the 12 animals of the Chinese Zodiac Calendar for social and astrology purposes.

When the last year (pig) is reached, the next one starts again with the "year of the rat".


The top characters in the line below are the same as those shown above. They are in written for these animals in everyday language.
The characters in brackets below have the same meaning, but are specifically used for the writing the zodiac year, according to the Chinese zodiac calendar.This concerns also the 60 year cyclical calendar.

Zodiac years are also used on dated porcelain or paintings, respectively. A bit rarer is their use in porcelain marks. In this case the characters in brackets (below) are used for the zodiac signs. Apart from the year notation mentioned above, these characters find no other use in life, except perhaps for astrology and certain social customs, for which the zodiac year is used.

(See notes regarding the Chinese characters used for the zodiac signs.)

While the zodiac has some similar functions, its main purpose is not exactly for the purposes that western believers of Chinese astrology and horoscopes think. The Chinese zodiac calendar is not about believing, it is a social attitude that goes across the whole stratum of Chinese society. 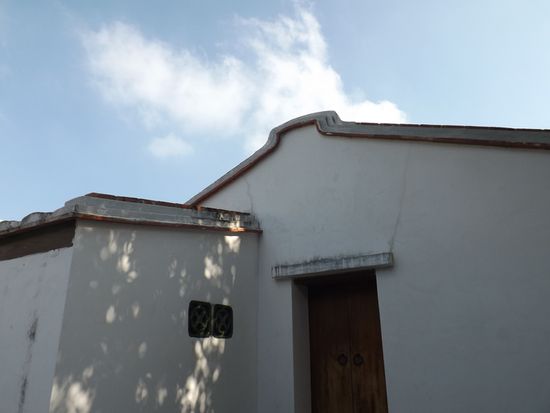