The “Silk Road” served the ancient China trade with the west from a very early time. Caravans carried their wares to West Asia and Eastern Europe more than two thousand years ago, and silk was already an important export to Europe in Roman times.

When the Europeans and their trading interests started arriving in Asia, the main trade routes changed to the sea. Ships allowed for faster transport of larger quantities. The old China trade flourished for three centuries.

Subsequently, the majority of pottery and porcelain was shipped by sea, although it is known that some ceramics were also transported by land via the silk road.

Chinese ceramics were exported as early as the 9th century. During the Tang dynasty China already had maritime trade contacts with South Asia and the Middle East.
At that time much of the wares were shipped first to Southeast Asian ports, and from there they would be taken along the South Asian coast. These coastal trade routes were used long before Zheng He's fleet ventured into the Indian Ocean.

During the Song dynasty the porcelain exported to the Middle East became a commodity of high value throughout the region and was particularly favored by the Ottoman Court.
As a result, today the ceramics collection of the Topkapi palace museum in Turkey is one of the largest collections of early Chinese porcelain in the world.

One of the less known trading partners of the ancient China trade was Tondo. This pre-colonial kingdom in the Philippines was a major link in China's foreign trade long before the arrival of the European seafarers. Tondo was allowed to trade with China via the port of Fuzhou since the early Ming dynasty.
Even during the Ming sea prohibition, when all other trading contacts were broken off, Tondo was excepted and allowed to continue trading with Ming China under the pretext of "tribute".
Tondo was a major trading point and transshipment port for wares going to Southeast Asia in the old China trade.
However, today it is known that trade between China and the Philippines was existing already at a much earlier time, namely in the 10th century, during the Song dynasty. 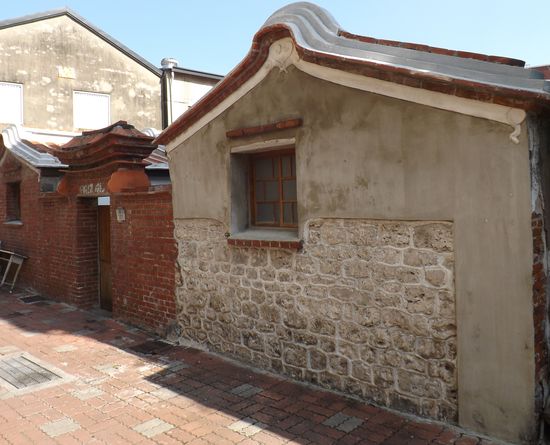 When the first European explorers arrived in the Far East, China had already been trading with other countries for a very long time. However, most of the trade goods were going only for shorter routes, either to Japan or SE Asia, which either were the goods destinations, or transshipment ports for farther journeys to South Asia or the Middle East.

The Portuguese:
The Portuguese were the first Europeans to reach China via the Cape of Good Hope. In the early 16th century they carried the first consignment of china wares via the cape to Europe.

Around 20 years after their arrival, in 1535, they obtained permission to carry out trading activities from a base located in the area of Macao.
In the early 17th century the Portuguese shipped from Macao to the port of Malacca, on the Malayan peninsula. The port of Malacca now became a major transshipment port to Europe and the Near East, as well as to other trading destinations in South East Asia. In 1641 the Dutch captured Malacca from the Portuguese.

The Spanish:
The Spanish entered the China trade only after establishing a colony in the Philippines. Later they traded mainly from their base in Manila with China but at one time they had forts in the north of Taiwan to protect their direct trade interests with China. Their sea trading route was leading over the Pacific linking the Philippines and Mexico.

The Dutch:
When the Dutch arrived, they proved to be the most ambitious player in the China trade. They established their center of operation in Batavia (present-day Jakarta, Indonesia). From here they started aggressively monopolizing all European and regional trade with China.

The Dutch East India Company (V.O.C.) dominated China trade for almost two centuries. The Dutch were also able to obtain a trade monopoly from the shogunate in Edo (Japan), effectively becoming the only western people allowed to trade with Japan during its seclusion. Regional trade with Japan, Southeast Asia and South Asia became soon as important as the trade with Europe itself as it was very profitable.
See VOC Trade Routes in Asia.

Only the Spanish sailed on an eastern route. After the Chinese merchandise arrived in Manila from Macao, they would be shipped east over the Pacific Ocean to the Mexican port of Acapulco. From there the goods were transported over land to the Atlantic coast. There they where then loaded on ships sailing across the Atlantic Ocean to Spain.

However, no matter whether travelling via Africa or Mexico, the European trading ships usually had to wait for the seasonal winds (trade winds) for months, or even half a year, until they could leave. Each trip would take more than one year.  If the seasonal winds were missed, it could take two years or more for one trip to China and back.

Chinese Export Porcelain and Its Decorations